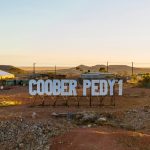 Known as the ‘Opal Capital of the World’, Coober Pedy is a fascinating and unique mining field located 850km north of Adelaide and 680km south of Alice Springs. A visit to Coober Pedy is a must for school groups visiting Central Australia due to its unique landscape and geology, rich history, underground lifestyle and Aboriginal culture.

We delve into just what makes this destination so fascinating and why you should consider Coober Pedy and Central Australia for your next school tour!

Almost 150 million years ago, Coober Pedy was completely covered by the ocean. As the seawater receded, climatic changes caused a lowering of the underground water tables. As water ran down through the earth, it picked up silica from sandstone which ran into cracks and voids. As the water evaporated it left behind a silica deposit – fast forward millions of years, and an abundance of opals were waiting to be discovered!

In 1915, 14-year-old Will Hutchison, with his father’s gold prospecting party, discovered the first opal. Prior to the discoveries made by the Europeans, the Kokatha Aboriginal people called the area home for thousands of years, using it for hunting and gathering.

After the First World War, soldiers returned from the trenches in France and it’s believed they were the first to introduce the idea of living underground in homes known as ‘dugouts’. Living underground provided the perfect temperature all year round – a comfortable 25 degrees, allowing them to escape the heat of the summer (averages 40 degrees) and the cool desert nights in the winter (as low as 4 degrees). Now, it’s estimated that 50% of the population live underground.

The town was originally called Stuart Range Gold Fields but in 1920 it was officially named Coober Pedy. The name derived from the Aboriginal phrase kupa piti, translated as ‘water hole’ or ‘white man in a hole’.

During the depression in the 1930’s and severe drought conditions, miners were deterred from visiting the area. It was deserted until 1946 when a huge discovery of opals was made at Eight Mile by Aboriginal woman, Tottie Bryant. Miners flocked to the area and it developed into a multi-million-dollar industry. Today, the town survives on tourism and opal mining, producing approximately 85% of the world’s opal supply.

Top things to do and see

Exploring the town on a guided tour is the perfect way to see its quirky and unique sites. See metal sculptures, junk art and props used on famous movie sets including a crashed spaceship from Pitch Black on Hutchison Street and the Priscilla Queen of the Desert bus. Usually, you’ll find the bus parked at the top end of town during the day where it is used as a mobile opal shop.

Take a self-guided walk through Old Timers Mine and appreciate the mining conditions and discover the history of this world-famous opal mining town dating back to 1916. You can even try finding opals for yourself, or noodling, as the locals call it.

Experience an authentic Coober Pedy dugout and learn about life underground.  This underground home (or dugout as the locals call them) was built 40 years ago by three women using the original excavation method with picks and shovels.

A 15,000-hectare conservation park 25km outside of Coober Pedy, the striking dark red rocky landscape and native flora and fauna of the Breakaways is worth the visit!

Discover a handful of unique underground churches including the Serbian Orthodox Church and St Peter and Paul Catholic Church.

Experience underground camping and living – an exciting experience unique to the town.

Take a look at our Central Australia itinerary and start planning your school’s exciting adventure today!