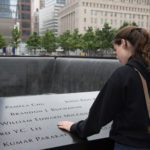 Events of recent centuries have left an indelible imprint on today’s world, from divisive revolutions and wars through to life-saving medical breakthroughs and technological advancements. Take your students on a journey that helps them comprehend and appreciate how pivotal events in the past have shaped our present, with the following tours:

In the United States, students have a range of opportunities to learn about America’s eventful history and times of significant change, particularly the American Civil War.

Introduce students to the economic powerhouse of modern Europe, Germany, where East meets West and poignant reminders of WWII and the Cold War bring learning to life. Discover historic monuments, museums, galleries and even the castle that inspired Walt Disney’s Sleeping Beauty.

Whether students are learning about pivotal military events in recent eras or religious sites and their meaning, modern history focused tours captivate students and impart deeper connection with our past.

Explore more of our most popular history focused itineraries here.