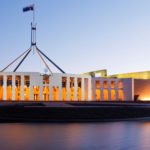 Thousands of students discover our nation’s capital each year and come away with amazing memories and life-long impressions of Australia’s past and present. From role-playing at Parliament House, to stepping into the shoes of the city’s architects – Canberra brings learning to life, inviting students to not only learn about our history, but become part of it.

Beyond civics and citizenship, students have the opportunity to immerse themselves in Canberra’s incredible art and culture scene, visit the multitude of interactive museums and explore the capital’s stunning urban and rural environments in a range of adventure-filled activities!

This handy travel guide designed specifically for teachers and students will help you plan your trip and pack your bags for Canberra.

Floriade – Canberra is known for its many events throughout the year, however the top honour goes to the annual Floriade festival. Taking place over the course of one month between September and October each year, Floriade attracts flower lovers and garden experts from around the world for its colourful displays.

Parliament House – Take a guided tour and learn firsthand about Australian democracy, lawmaking and how Parliament works to make Australia a better place to live.

The Australian War Memorial – Learn about the involvement of Australian men and women of wars on a self-guided tour before participating in one of the memorial’s interactive educational programs.

Questacon (National Science and Technology Centre) – Let your imagination run wild as you explore this fascinating hands-on science exhibition which houses over 150 exhibits in 6 galleries.

Electoral Education Centre – Learn from first hand knowledge about our electoral system and how it operates, during a 1.5 hour guided educational program.

Layers – Canberra is known for its cooler temperatures. If you’re travelling during the Winter months, be sure to pack multiple layers to keep warm. This includes long socks, gloves, a beanie and a scarf.

Comfortable shoes – Canberra’s attractions were mapped out in a way that the could easily be accessed on foot. So with that in mind, don’t forget to pack a comfortable pair of shoes you can wear all day while visiting the sights.

With a mainly dry climate, the weather in Canberra is warm in Summer and cold in Winter – by most Australian standards. The hottest month is January with an average maximum temperature of 27.7°C and the coldest month in Canberra is July with an average maximum temperature of 11.2°C. Canberra gets 629mm of rain every year with an average of 108 days of rain each year and is evenly distributed across the year. Rainfall from cold fronts is more common in the winter months with thunderstorms being common in the summer months.

Canberra operates on Australian Eastern Standard Time (UTC +10). However this changes to UTC +11 during Daylight Savings which run from dates between October-April each year.

To find out more about our school trips to Australia’s capital city, check out the ‘Discover Canberra’ itinerary here.