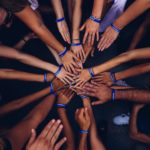 Inspire and motivate your students in the classroom by sharing these powerful talks from some of the greatest young minds in the world. We have selected 5 TED talks that will spark meaningful conversations and empower students in all aspects of their life!

Thomas Suarez taught himself how to create apps – he always had a fascination with technology and app design and noticed there was nothing out there to help kids write code and build apps. He is now using his skills to help other kids become developers.

A promising test for pancreatic cancer…from a teenager

At 15 years old, Jack Andraka’s close family member was diagnosed with pancreatic cancer. He discovered that the technique currently being used to detect the cancer was over 60 years old and extremely expensive. Due to his ‘teenage optimism’, he knew there had to be a different way so set up his own scientific research and developed a promising early detection test for pancreatic cancer that’s super cheap, effective and non-invasive – all before his 16th birthday. Jack is a really inspiring speaker and shows students they really can do anything they set their mind to!

What adults can learn from kids

The magic ingredient that brings Pixar movies to life

Danielle Feinberg is Pixar’s director of photography and creates stories using Maths, Science and code. This is an engaging and fun talk for students that demonstrates the link between art and science and how Pixar bring their movies to life.

What does it mean to be a citizen of the world?

Hugh Evans believes that global issues ‘can only be solved by global citizens demanding global solutions from their leaders’. As a kid he would always ask his parents ‘why?’ and believed he could change the world. At 12 he started raising money for communities in the developing world, and throughout his life has continued to help these communities and start the movement that mobilises ‘global citizens’.

Category
Previous Article Help end youth homelessness in Melbourne
Next Article How to prepare for a snowsports adventure!