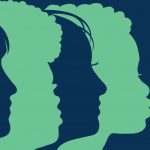 It’s Women’s History Month. We’re taking this moment to celebrate the accomplishments of the hardworking, passionate, innovative movers and shakers who have paved their own path forward and helped our younger generations to see that anything is possible!

Nancy Bird-Walton (1915-2009) – Pilot
At the age of 17, Nancy was the youngest Australian woman to gain a pilot’s license and the first woman in the Commonwealth to obtain a license allowing her to carry passengers just two years later. Nancy’s notable achievements include recruiting and training women for the Women’s Auxiliary Air Force (WAAF) during the Second World War, she founded the Australian Women Pilots Association in 1950 and remained president until 1990 when she was made an Officer of the Order of Australia (OA). Earlier in 1966 she was also awarded the Order of the British Empire (OBE). She handed in her pilot’s license at the impressive age of 90 and passed away 3 years later. Nancy is an inspiration to all young women today and has shown that despite the barriers she was faced with in a male-dominated career, she was not deterred in pursuing her dreams and challenging the status quo!

Sarah Marquis – Explorer and adventurer
A modern-day inspiration, Sarah Marquis was born in 1972 and has been exploring the world alone – and on foot – for 25 years. In 2002, she walked 14,000 km in the Australian outback in 17 months. Between 2010 and 2013 she walked alone from Siberia to Australia, covering 10,000 miles and came face-to-face with dangerous animals, drug smugglers and tropical diseases. National Geographic named her one of 2014’s Adventurers of the Year and in 2015 she completed a 3 month expedition of the Kimberley’s in Western Australia, where she successfully lived off the land and survived harsh conditions of drought, dangerous bushfires, saltwater crocodiles and other wild creatures of the bush.

Karen Darke – Adventurer
Beginning her career as a geologist, Darke suffered a tragic accident that left her paralysed from the chest down. She didn’t let this stop her from experiencing a truly amazing life, however. Since her accident, Darke’s become a Paralympic silver medal winner; crossed Greenland’s ice cap sitting on skis, using her arms; climbed three mountains, including El Capitan; and skied, hand-cycling, and swam the length of Japan. Currently, she’s training for the Tokyo 2021 Paralympics.

Greta Thunberg – Environmental activist
Named Time’s “Person of the Year” in 2019 (the youngest ever), this 18-year-old has put her years to good use in getting world leaders to take action against climate change. At 15, Thunberg spent her school days outside the Swedish Parliament calling for action, which in turn sparked a protest around the world that came to be known as “Fridays for Future”, where students went on strike, weekly, to make a difference. She continues the act today and was nominated for a Nobel Peace Prize both in 2019 and 2020.

Edith Cowan (1861-1932) – Activist and parliamentarian
Born in Geraldton, Western Australia, Edith was the first female elected into the Australian parliament at age 59. She co-founded the Karrakatta Club, a women’s group that successfully campaigned for women to have the right to vote. Her most significant achievements during her three-year term were the introduction of two private member’s Bills, both of which extended the rights and raised the standing of women in society. Her face is also on the $50 note and a university in Perth is named after her.

Cathy Freeman – Olympian gold medalist
Cathy started athletics at a very young age and when she was just 14, her career goal was to win an Olympic medal. She had already won a number of titles and went on to win her first gold medal at the 1990 Commonwealth Games when she was just 16. When she won gold in the 400m sprint at the 2000 Olympic Games, it was a memorable moment that united the nation. During her victory lap, Cathy carried both the Australian and Aboriginal Flags symbolising reconciliation and pride in her Aboriginal cultural heritage. She retired in 2003 and has since founded the Cathy Freeman Foundation which supports Indigenous students to experience their full potential in school.

Layne Beachley – Professional surfer
Former world champion and regarded as the most successful female surfer in history and the only surfer, male or female, to claim six consecutive titles between 1998 and 2003. Today, Layne continues to inspire and share her stories about sustaining success, overcoming challenge and maintaining a winning mindset. For her extraordinary successes, Layne was awarded with an Officer of the Order of Australia (OA) for her service to the community for supporting charitable organisations, as a mentor for women in sport and as a world champion surfer.

Serena Williams – Tennis player
What list of women making history in sports is complete without Serena Williams? Formerly number one in women’s singles tennis, she’s won 23 Grand Slam singles titles. Williams has been ranked eight times as the world’s number one woman tennis player by the Women’s Tennis Association. Amid the pandemic, as a mom, she committed to sharing 4.5 million masks with students as well as educational materials about how to wear a mask properly.

Julia Gillard – Former Prime Minister of Australia
Julia Gillard was sworn in as the first female Australian Prime Minister on 24 June 2010 – 116 years after women were first given the right to vote in South Australia. She is now working with a list of impactful organisations and serves as Chair for Beyond Blue, the global funding body for education in developing countries and the Global Institute for Women’s Leadership, just to name a few! She is a true inspiration for women across the nation.

Jacinda Ardern – Prime Minister of New Zealand
When elected to be Prime Minister in 2017, Ardern became the youngest female head of government in the world. Her decisive but empathetic approach to handling the COVID-19 pandemic in New Zealand has led her country to be one of the most successful at curbing its spread. Prime Minister Ardern has earned praise from across the globe for her authentic and compassionate style as well as her ability to inject humor and delight where appropriate—such as naming the Tooth Fairy and Easter Bunny as essential workers.

Michelle Obama – Former First Lady of the United States
The first African American First Lady, Obama has been making history for years. Before and throughout her husband’s presidency, she fought for education, service members and their families, and an end to childhood obesity. Obama is currently adapting her best-selling book Becoming for younger readers, ages 10 and up, to help create a conversation-starter for families.

Emily Kame Kngwarreye (1910-1996) – Painter
Born in the early 1900’s, Emily is one of the most identifiable and loved Indigenous artists who started her painting career at the age of 70. She was a traditional ceremonial artist from a remote desert community and in the 8 years she painted for, Emily produced an incredible 3,000 paintings. Her work continues to be sold today and are popular in the collector’s scene with one of her famous works Earth’s Creation selling for $2.1 million in 2017.

Miles Franklin (1879-1954) – Writer
Born in 1870, Miles Franklin was an Australian author of historical fiction who wrote from feminist and nationalist perspectives. Franklin’s feminism and her outright rejection of traditional women’s roles made her books controversial in Australia at the time.

Billie Eilish – Singer-Songwriter
Eilish, an extraordinarily popular singer-songwriter, is only 19 years old and a very popular name in Australia who’s single Bad Guy took out Triple J’s Hottest 100 of 2019. Her new documentary The World is a Little Blurry tells the story of what it’s like to grow up as a star while finding her path and voice. She’s held two Guinness World Records during her career and amassed more than 14 music awards, including five Grammy Awards.

Lisa Kewley – Professor and Associate Director at the Research School for Astronomy & Astrophysics at the Australian National University
Lisa was born in 1973 in Canberra and raised in South Australia where her love for astronomy began in school. She graduated with a BSc (honours) in astrophysics at Adelaide University before moving to Canberra to pursue a doctorate in Astrophysics at the Australian National University which she was awarded in 2002. Lisa studies galaxy formation and evolution and works on galaxy collisions, supermassive black holes, star formation and the amount of oxygen in galaxies across the cosmic tie. She now leads a network of 193 scientists and students around the world as Director of Astro 3D, aiming to unlock the mysteries of the Universe using innovative 3D technology. Read more about Astro 3D here.

Margaret Hamilton – Software engineer
Margaret coined the term ‘software engineer’ and developed onboard software used in the Apollo program that allowed astronauts to successfully land on the moon! In 1969 when the Apollo missions were planes, writing code was programmed on large sheets of paper.

Valentina Tereshkova – First woman in space
Valentia was born in 1937 to humble beginnings in a little town outside of Moscow. She left school at 16 to work at a textile factory while furthering her education at an industrial school and joined a club for parachutists, making over 150 jumps. In 1962 she joined the Soviet Space Center at Star City as a cosmonaut. Valentina spent an impressive 70 hours in space as she orbited the earth 48 times! As planned with all Vostok missions, Tereshkova ejected from the capsule during descent at about four miles above the Earth and made a parachute landing.

Take some time this month to reflect on the women in your life and show them your appreciation. A small gesture goes a long way!