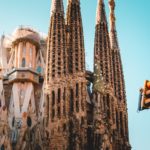 Spain has a little bit of something for everyone! Roam the streets to see architectural masterpieces that have emerged over hundreds of thousands of years. Stop off along the way to share plates of traditional Tapas or Paella, watch Spaniards dance to the sounds of the Flamenco in the streets or see the in-depth artistic heritage from local entrepreneurs, and Europe’s finest artists.

There are so many interesting facts about this amazing country, we’ll take you through some of them here!

Whether you are looking for history, the arts or languages, Spain is a historic and culturally rich educational destination and there has never been a better time to visit! Check out our Best of Spain tour here or contact us to speak to a program specialist.

Category
Previous Article Tasmania – a 10/10 from teachers
Next Article To the snow we go!