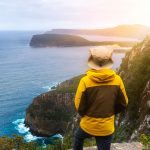 Tasmania may be the smallest state in Australia, but it certainly packs a punch when it comes to education and adventure. Steeped in natural beauty and historical treasures, this diverse island state has so much to offer at every corner. Want to know more about this wondrous destination? Here are 10 interesting facts about Tasmania that will make you want to pack your bags ASAP!